Carbonate formations are widely distributed around the earth and can be found on the surface of ancient seas or lakes, deposits in the form of mud on current sea beds or within the reefs of warm seas. This material can account for nearly 15% of sedimentary covering three quarters of the continents. This distribution is greatly reduced when it comes to identification, especially of carbonaceous rocks (carbonate composition of at least 50%) with natural properties favorable to the production of mineral fillers. These fillers can be used in the manufacturing process of many products such as: paper, plastics, paints or rubber.

In all these processes, the main fundamental property is the color of the mineral, which is synonymous in nature with high mineralogical and chemical purity.

On the basis of this criteria, three carbonaceous rocks are selected for industrial use and alone meet nearly 90% of the natural carbonate needs of the planet (GCC- Ground Calcium Carbonate):

Calcium carbonate also exists in synthetic form (PCC or precipitated Calcium Carbonate). Artificially created in only a few hours (compared to millions of years) by a re-carbonation reaction in an autoclave with milk of lime rich in calcium hydroxide Ca(OH)2 and carbon dioxide. As a result, PPC has the same chemical composition as GCC, but with a much higher purity than its counterpart. Its different properties in terms of particle size and shape mean that it can also be used in the same processes, but for different purposes.

Calcium carbonate (CaCO3), also known as powdered lime or limestone, has a density ranging from 2.7 to 2.9 g/cm³. It takes the appearance of colorless crystals or a fine white powder that is odorless and tasteless, as well as insoluble in water.

Calcium carbonate has many properties: high brightness and opacity, compact particle shape, odorless, thermal conductivity, insolubility in water, etc. This is why it is used in many industrial fields for various uses.

Calcium carbonate can be found in various industries including powder paint, paper, cosmetics (especially for toothpaste and make-up) and household products such as sealants for its thickening attributes, sometimes replacing titanium dioxide.

The plastics industry also uses it to increase the breathability of films for hygienic or medical products.

Finally, calcium carbonate powder is also used as an additive for the food and pharmaceutical industries as a calcium supplement, essential for human and animal health.

As previously mentioned, calcium carbonate comes in several forms (chalk, limestone and marble). The way it must be handled in an industrial environment therefore differs according to its form.

Generally speaking, calcium carbonate powder is adhesive and can stick to the ends of some equipment or create lumps, causing to have less than ideal flow properties.

The FlowMatic® 07 mobile bulk bag filling station can be used for connection to existing truck or silo loading zones. This bulk bag conditioning equipment is available for industrial companies handling calcium carbonate and looking for a versatile, accurate and confined solution.

For the construction industry mining carbonate from quarries, conveying solutions for the transfer to silos are available with high production rates. Transfer screws also allow the feeding of a bucket elevator connected to loading silos.

Calcium carbonate powder can also be conveyed by specific pneumatic conveying systems under pressure, such as our VFlow®, or by augers adapted to production needs (trough screw, tubular screw, etc.).

In addition, a dust removal system can be integrated to keep the process area clean and promote a healthy work environment for your operators. BFM connection sleeves can also be mobilized between the screw conveyor and the storage tank to avoid any dust emission in the production area.

Fluidization is an effective solution to facilitate the handling of calcium carbonate. The addition of a lump breaker can also be used to eliminate lumps or agglomerates of carbonate present in the line.

Palamatic Process collaborates with you in the evaluation of your risk analysis (hazardous area classification). Test your powders in our powder laboratory and in our dedicated test station.

In order to handle calcium carbonate safely and in compliance with hygienic standards, Palamatic has developed installations such as extruder lines, raw material deconditioning units or big bag emptying systems.

For more information on the different processes implemented, discover our dedicated customer cases: 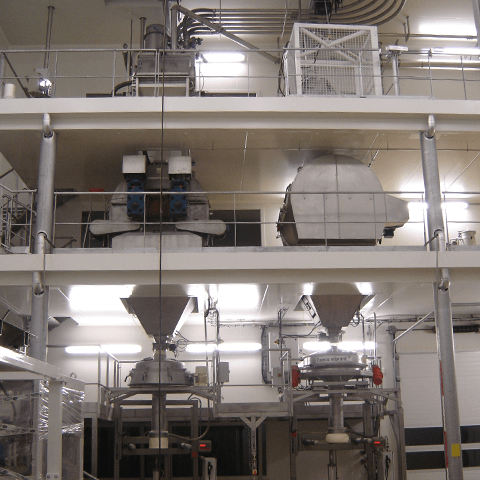 Come and test our equipment in our test plant 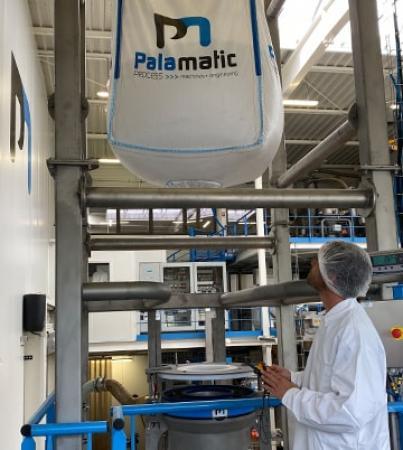 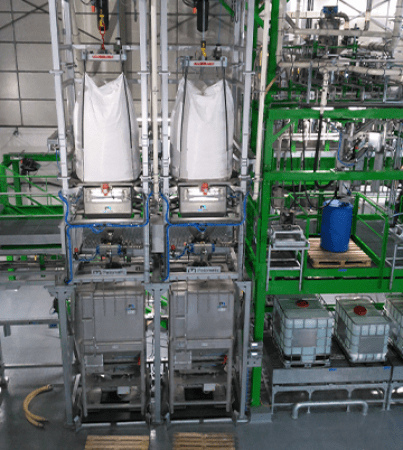 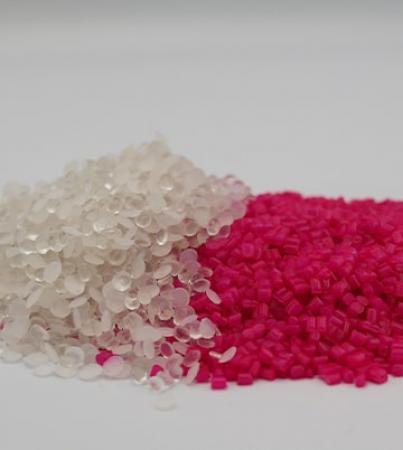